From a working student to a full-time employee

Recognizing his passion for development and dedication to learning, we snatched Luka immediately after graduation to join our team. Ten years have now passed, Luka is now our Technical Director leading a team of 27 game developers.  To mark this 10 year-milestone, we asked Luka 10 questions to learn about his Nanobit journey and his favorite moments with us over the last decade! Here’s what he had to say.

1. Tell us about your current role?
In my current role as Technical Director, I am responsible for making sure the development runs smoothly and efficiently. This includes hiring new developers, researching and integrating new technology and processes, making sure all teams are well-balanced and facilitating communication and knowledge sharing between different teams.

2. How did you make the decision to start a career in the gaming industry?
I don't remember that ever being a decision that I consciously made. I just always loved technology and computers in general, but specifically computer games, and graphics fascinated me the most.

3. Now, 10 years at Nanobit, how would you describe this journey?
It has certainly been challenging but also a very exciting ride. I learned a lot, had the pleasure of working with some of the best and brightest people I have ever met and have had a lot of fun along the way.

4. From App Developer to Technical Director, how would describe your growth journey?
I actually started fresh out of college as a "regular" non-gaming application developer, although that was back when smartphones were a very new thing and there was nothing "regular" about iOS development, but Nanobit switched to game development shortly after I joined. There were only 6 other people at the time. As Nanobit kept expanding (exponentially!), I have always been one of the most senior developers in the company, which naturally led to me taking more leading positions in the team and eventually in the whole development department.

I appreciate the chance I had to grow as a developer but also in management and leadership roles and all the various conferences I had the pleasure to attend which definitely helped in expanding my views and improving those skills. Currently, there are 27 developers in my team and I'm sure it will continue to grow. The leadership role has never been easy, but I'm constantly learning how to be better at it every day.

5. Back then, and still is, the game dev industry in Croatia is nascent, how challenging has been to lead a team of over 27 developers – who didn’t have formal game dev education?
While Croatia has a solid education for software development and computing in general, it's true that we are still lacking when it comes specifically to game development. However, I never considered that to be a big problem for us. In fact, most developers who have a genuine interest in game development, are self-taught and driven by their passion and ambition to learn the game dev ropes – and this level of autonomy, ability and willingness to solve problems on your own is what I expect in any good developer.

Today, there is much higher competition, and globally I think the overall gaming industry is slowly–but surely taking a more "Hollywood" like reputation as an industry with very high budgets and huge audiences. The mobile gaming segment, in particular, is growing exponentially now that everyone with a smartphone is a potential customer. As for the game development process itself, I don't think it is that much different than it was back then.  Nanobit has definitely helped put Croatia on the "game development map" so to speak, with foreign investors showing increasing interest to invest in development studios in Croatia.

7. What do you like the most about Nanobit?
That's easy! the people of Nanobit aka "Nanopeeps" and the very casual and fun environment that they maintain while also being exceptional at what they do. Working with them has always been an easy and enjoyable experience.

8. Do you have any favorite project you worked on during these 10 years with us?

I'm proud of all the projects I worked on and could probably tell stories about each one of them. But if I have to pick one, it would have to be Hollywood Story: Fashion Star, because this is the one that has best stood the test of time and from that same codebase many other successful projects were made. It also kind of defined (or at least started to define) the "niche" where Nanobit found the most success and was our "flagship" project for a long time.

9. Any specific skills or interests that helped you to accommodate the needs of a games development career?
My interest in game development started when PCs had fewer hardware resources than today’s smartphones have. This has trained me to work within very constrained environments and always look for optimizations where I can. I think that really helped me to transition to "mobile devices" that had – and compared to today's PCs, still have – a lot fewer resources available to cram those fun pixels in.

10. What tips would you give those seeking to get into the gaming industry?
These days, there are a LOT of great resources available on the internet where you can find tutorials and articles from industry veterans on just about anything. So, if you want to get ahead in game development you should use the available resources to learn and then apply that knowledge to your work. This is a very dynamic industry and technology keeps on changing all the time, so you should never stop learning, or your skills won't stay "sharp" for long. On the other hand, the theory (computer science) mostly stays the same, so while I know it's tempting to put that aside and jump on the practical techniques immediately, don't neglect the basics either or those gaps in the knowledge will probably come to bite you later

Interested in pursuing a similar career? Check out our careers page 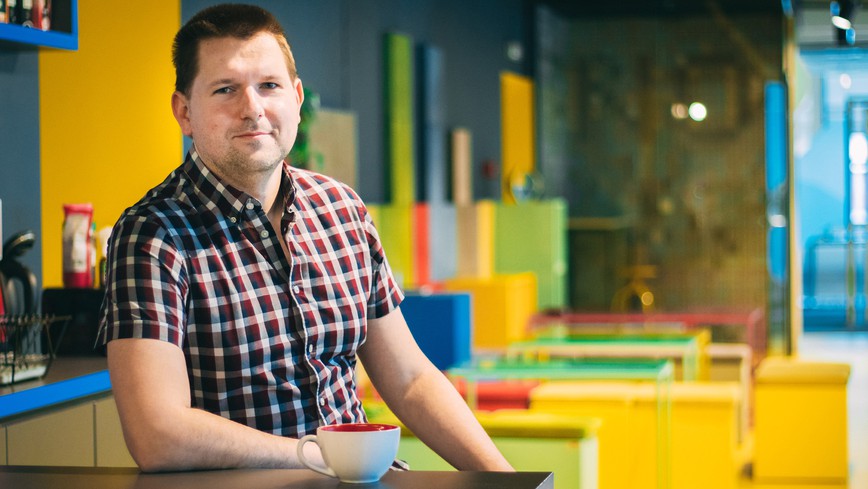