From Zagreb, through London to Las Vegas, learning never stops

Making successful mobile games is a process in which several disciplines are intertwined. In narrative and interactive games genre, such as ours, fun and engaging stories are definitely what catch players. However, there are several other elements to ensuring a pleasant and fulfilling gaming experience for all players.

In our team, everyone – from across all departments, contributes to crafting the bits that make our games super fun! You must be wondering, how we ensure the best gameplay experience for millions of players around the globe? One way of doing it is through User Interface (UI) and User Experience (UX). For that, we asked our UI/UX Designer, Ivana Đorđević her answer was:

We design games with our players in mind

Players enjoy a game that is intuitive and easy to navigate. UI and UX design serve to create a usable, clear and intuitive user interface, so the player can enjoy the experience of interacting with the game and immerse into gameplay more easily. That's why UX and UI are among the key parts of the success of any game.

Making games while keeping the player in mind is the essence of game UX/UI design. ‘’I am currently working on designing the look and feel of the UI of a new game – all while keeping the player in mind and considering the ease of use. This includes defining the structure, flows and the appearance of menus, navigations, buttons, icons and other graphical elements. Then, we implement the design in game engine – where game developers take over and we suggest improvements to the experience and the way players interact with the game. Besides developers, I work collaboratively with one more UX/UI designer on this, but I also work closely with QA team and the game producer,’’ said Ivana.

Ivana talks passionately about game UI/UX design so, we wanted to dig deeper and ask what did she study and how she decided to start a career as a UX/UI Designer.

From informatics to game UX/UI design:

‘’I earned a Bachelor’s degree in Information Technology and a Master’s degree in Business Informatics. While in college, I had the opportunity to develop digital products from start to finish, so I tried both designing and coding apps and websites. This experience helped me later on because it gave me an insight into both, analytical and creative problem-solving.

I knew UX and UI design was something I wanted to pursue.

I enjoyed the process of developing a product from scratch, but the part I liked the most was visual design. Besides that, I had an interest in psychology too, so when I discovered there's a specific field of design that goes beyond aesthetics and applies knowledge about human perception, interaction and behavior to the visual part, I knew UX/UI design was something I wanted to pursue.’’

‘’I had heard only good things about Nanobit as a company and when I started researching I was amazed by the company culture and the success of Nanobit games. Now, I love the fact that I’m working on games played by millions of users around the world, with a team of some of the best and kindest people I have ever worked with while being in a relaxed and playful environment.''

I knew I wanted to work on products where I could use my creativity. The game development industry was more in line with that, as I found games more interesting than working on regular business apps, so Nanobit seemed like a great company to start my career as UX/UI Designer.

UI vs. UX design: what differences in game design?

UI and UX are often used interchangeably. However, there are differences which Ivana explained to us: ‘’the main difference between UI and UX design is that the UI is how the interface looks while the UX is how it works and feels. Also, UX is mainly about improving the usability, the experience and the way players interact with a game, while UI is the construction of the visual elements like menus and navigation. So, UI supports UX by using those elements to deliver information clearly, but overall UX covers a much wider range of fields as it takes into consideration the whole player's gameplay journey. That's why UX can be optimized not only through UI design but also through game design and economics.’’

Interested in game UI/UX design but have no experience?

‘’If you don’t have relevant experience in the gaming industry, try improving the UX/UI of some existing games – maybe through playing your favorite games. While playing, try to think analytically about why designers decided to layout the menu or position button that way and how would you simplify and improve the experience for the player and apply that knowledge to the projects you will include in your portfolio. If you want to stand out and be considered for a UX/UI design jobs within the gaming industry, it is important to have a portfolio that shows your visual skills, but also how you work, so include explanations, flowcharts and wireframes.

‘’If you are a complete beginner in UX/UI, take a few courses about the basics’’, suggests Ivana. ‘’Interaction Design Foundation and NNgroup have great resources about UX/UI in general. Last but not least, don’t be afraid to show failed experiments and detail why you choose a different direction as this is a usual part of the process,’’ advises Ivana. 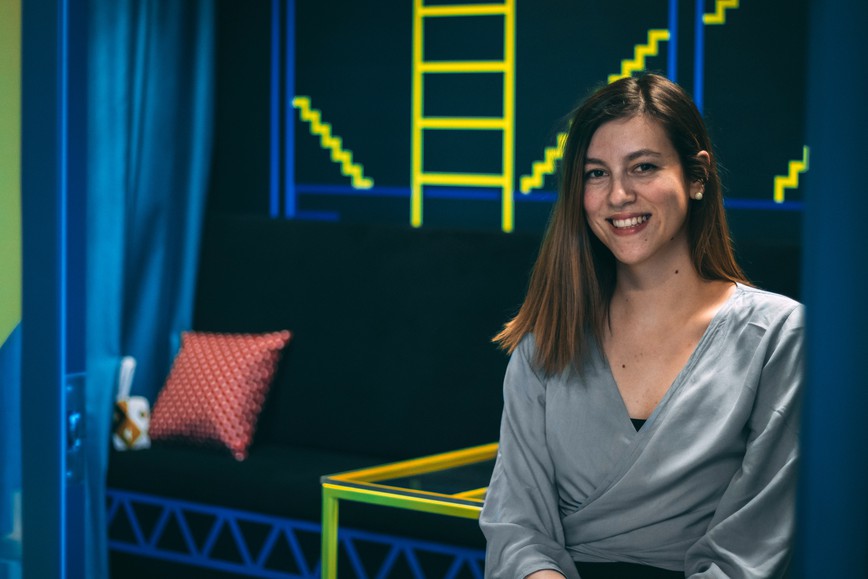