From Zagreb, through London to Las Vegas, learning never stops

From QA to Game Production: professional growth has no limits

We are brought together by our passion to embark on a fulfilling professional career path. Whether you’re coming from a gaming background or driven by your motivation for making superhit games, we embrace all diverse skill-sets and we empower our people to pursue their passion, ambitions and aspirations. Our culture is based, among others, on putting extra into people.

Among several other Nanobitians, when she joined our team, Jelena Malinarić, our now Game Designer, had no clue she would pursue a career in gaming industry. When her eyes landed on the Junior Quality Assurance Associate job ad, she thought this would be a perfect fit for her. In her words; “I felt like I ticked off every single requirement and I decided to immediately compose a CV and apply that very evening.” Jelena talks about her Nanobit story and career switch within the company.

I have always been into video games. It’s been my hobby since childhood, and I am immensely amused by how my parents thought I would grow out of it at some point. Being a gamer did not mean that I was familiar with game development before joining Nanobit, and what I knew most about game testing was from some articles I had read online.

As a Junior Quality Assurance Associate, my tasks then revolved around testing new features and content for our game Chef Town, writing bug reports, verifying the fixed bugs and providing feedback on user experience and visuals of the game. Soon after joining, I got amazed by the world of making games and the process of putting together every bit of it to release superhit games that topped the U.S. and U.K. top downloaded and grossing charts.

A culture of mentorship, empowerment and ownership

With a growing passion to get involved and contribute to the game development process, I started learning about every phase, in particular, game design. I was pestering my colleagues to explain to me the specificities of each task, so I ended up learning so many things from my team. Developers, production associates and senior producers on my project were very patient, encouraging and at times, inspiring. I would often pitch in to help whenever the content production associates had much work.

A culture of empowerment and ownership is what has lifted me up to excel and fulfill my professional goals.

Along with fostering my knowledge and feeding my curiosity, I grew a passion for game design. While testing the game, I went from constantly giving feedback to thinking of ways to improve the gameplay – what basically makes the role of a game designer. My manager saw potential in me and often asked me what else I see myself doing and where I would see myself in future projects. Regular and constructive feedback, along with assigning to me non-QA tasks have helped me put my potential into action and I was able to contribute whenever I thought I could add value.

Thanks to the company culture that nurtures career development and often supports team members switch into the discipline of their choice through assigning to them side tasks, granting them the chance to learn from other teams and the opportunity to perform and prove oneself in the chosen area before making the move.

My team was also all ears to listen to my interests, but not only that to also encourage me and push me forward to pursue my passion which I eventually found in game design!

Given the open communication within my team, I talked to my manager and HR department and expressed my tremendous interest to officially assume more responsibilities to help and contribute to the work of content designers and creators. My request was welcomed and faced with encouragement. I carried out a variety of tasks for a 10-month period, during which I showed proficiency and my hard work got rewarded when I was promoted to be a Junior Game Designer.

Thriving in a culture of recognition

After over a year and a half as Quality Assurance Associate, I have made the switch to Junior Game designer, then Game Designer. Well, there are lots of different aspects to this role. Some deal with game systems, some are oriented to the economy of the game, some develop narratives, stories, characters, puzzles... it’s a broad range of different roles. My responsibilities are lately mainly related to developing systems and mechanics which involves coming up with gameplay features and the reason why the player would even want to engage in that gameplay feature. There are also aspects of balancing, finding that sweet spot of difficulty and progression curve, finding the right moment to reward the player, and of course, documenting all that and more… it really is a multifaceted position and what a game designer does really depends on the project, too.

Everything I ended up doing was made possible because of an extremely supportive manager and a company culture that empowers and mentors its employees who show potential and interest to switch careers.

It’s already been more than a year since then, and I am still a bit speechless and blown away when thinking about my career switch - I’m very happy I’ve made it to where I am today! I’m bit of a jack of all trades, still and I never gave up learning.  I’m just really grateful to everyone for enabling this career switch opportunity.

Ready to tap into a new career path? We are here to support you! 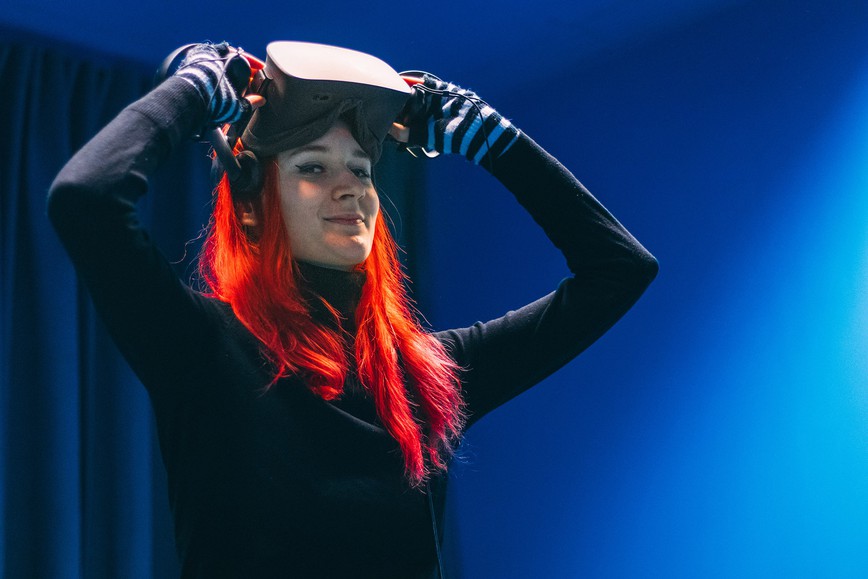